In 2017, CAEFS Atlantic regional advocates assisted a woman in submitting a public complaint to the Civilian Review and Complaints Commission of the RCMP (CCRC) regarding the illegal strip search that she endured in 2013. The CCRC subsequently conducted a public interest investigation into her complaint and a final report was shared with CAEFS in September 2020, concluding that the strip search that she had endured was unreasonable and was contrary to the RCMP’s national operational policy on strip searches. Upon receipt of the final report, CAEFS worked with Emma Halpern – a regional advocate with CAEFS and the Executive Director of the Elizabeth Fry Society of Mainland Nova Scotia – who had helped to file the complaint, to set up a meeting with the RCMP Commissioner, Brenda Lucki. The aim of this meeting was to allow the woman to speak directly to the Commissioner about how the strip search had affected her and to seek concrete action from the RCMP to ensure that this treatment did not continue. Since that initial meeting, there has been an exchange of correspondence between CAEFS and the RCMP Commissioner as we continue to push for action to ensure that similar incidents do not occur. 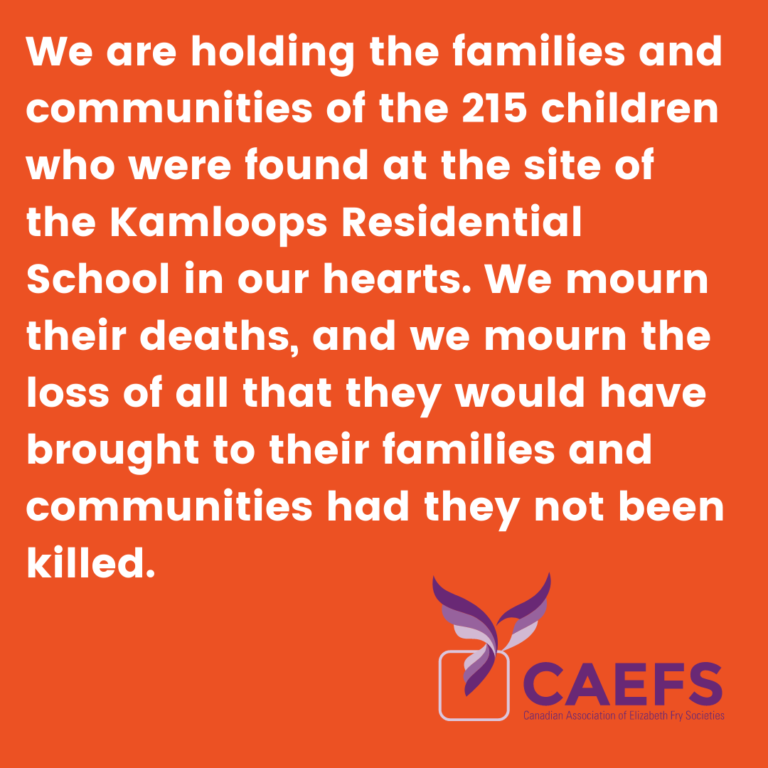 A Reflection on Elizabeth Fry Week from CAEFS’ Directors

Over the last week we have had critical conversations about life sentences in Canada. We heard from multiple people from within the CAEFS network as well as collaborators and allies about this egregious form of punishment and its history within Canada. We want to start this reflection by acknowledging the courage and truth-telling that came […] 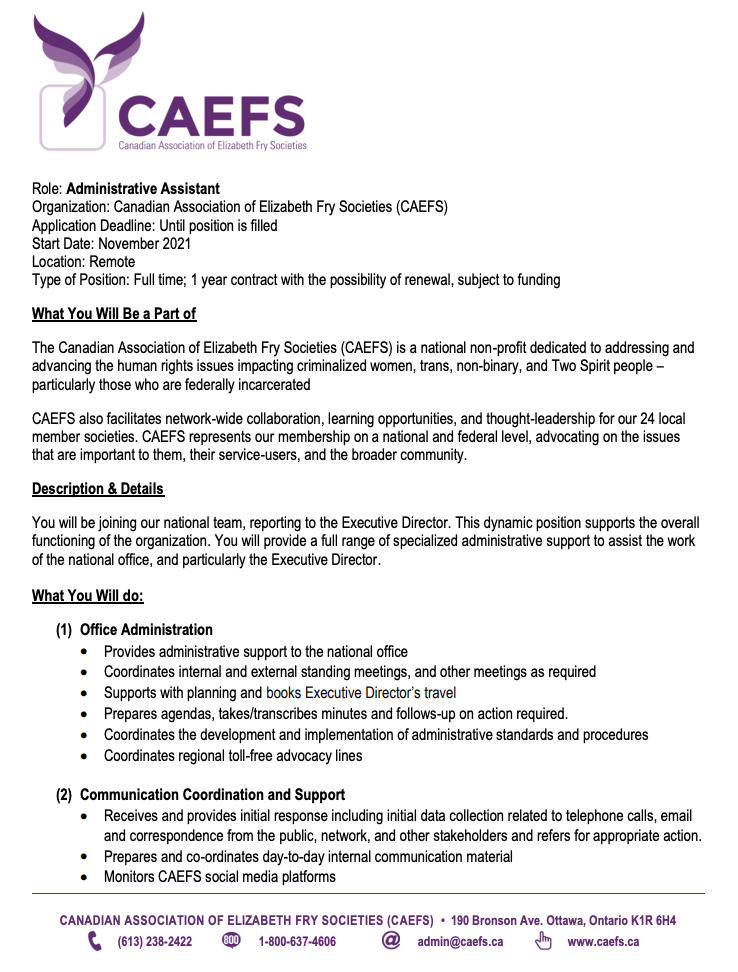