Skip to main content
Home / News / Inquest into the Death of Delilah Blair: Outrage and Heartbreak Are Not Enough

The crisis of missing and murdered Indigenous women and girls is inextricably linked to the ways in which the state continues to disproportionately punish and incarcerate Indigenous women and girls. Earlier this week, an inquest began into the death of Delilah Blair – a 30-year-old Indigenous woman who died while in custody at the South West Detention Centre (SWDC). Blair’s death makes the connection between these crises heartbreakingly clear and requires action on the part of all levels of government.

Emilie Coyle, executive Director of CAEFS, is in Windsor today as both CAEFS and the Council of Elizabeth Fry Societies of Ontario (CEFSO) have standing in this inquest. CEFSO is the provincial voice for eight Elizabeth Fry Societies in Ontario and monitors the conditions of confinement in provincial jails designated for women. This inquest directly engages issues relevant to CEFSO and CAEFS: to support and advocate for criminalized women and gender-diverse people, and to work towards a world without prisons with strong and well-resourced communities. 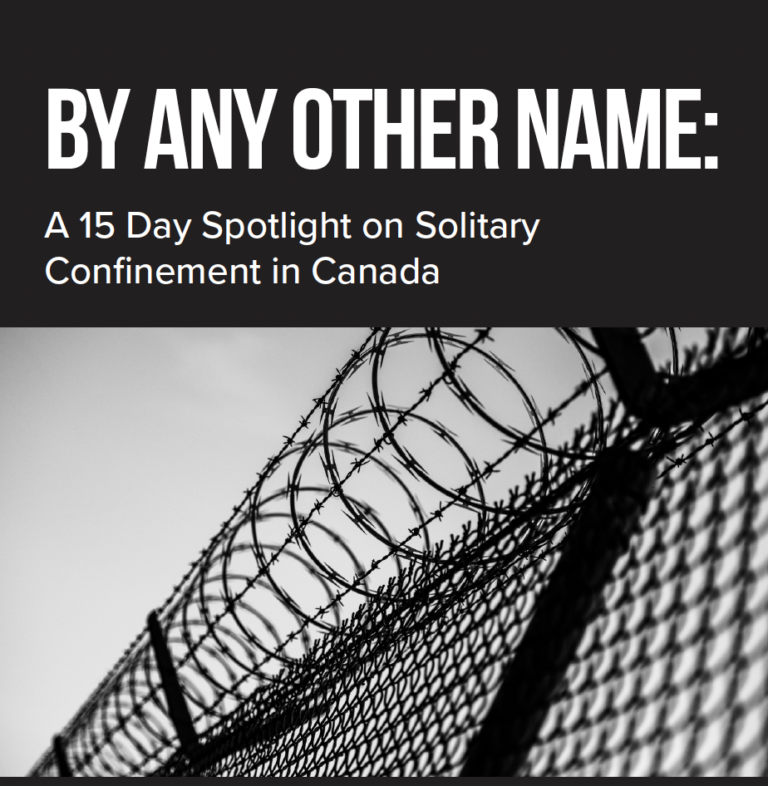 On Monday, November 16, 2020, a coalition of groups invested in justice for prisoners launched a 15-day spotlight on the ongoing practice of solitary confinement in Canada. This spotlight led […] 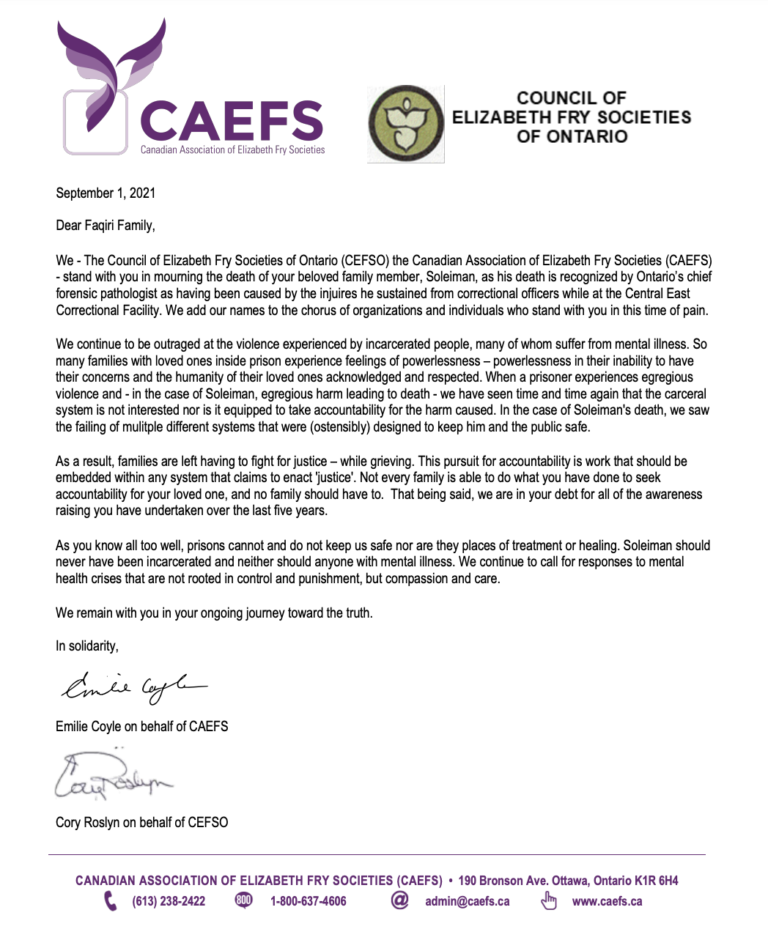 Letter of Solidarity, The Faqiri Family

CAEFS and CEFSO add our names to the chorus of organizations and individuals who stand with the Faqiri family in this time of pain. Prisons cannot and do not keep […]

Welcome to Day 3 of Elizabeth Fry Week 2022! Thank you to everyone who was able to join us yesterday for our first public event of the week “The History […]