Today, a Nova Scotia supreme court judge struck down the law that permits the use of dry celling, finding that it breaches section 15 of the Charter. 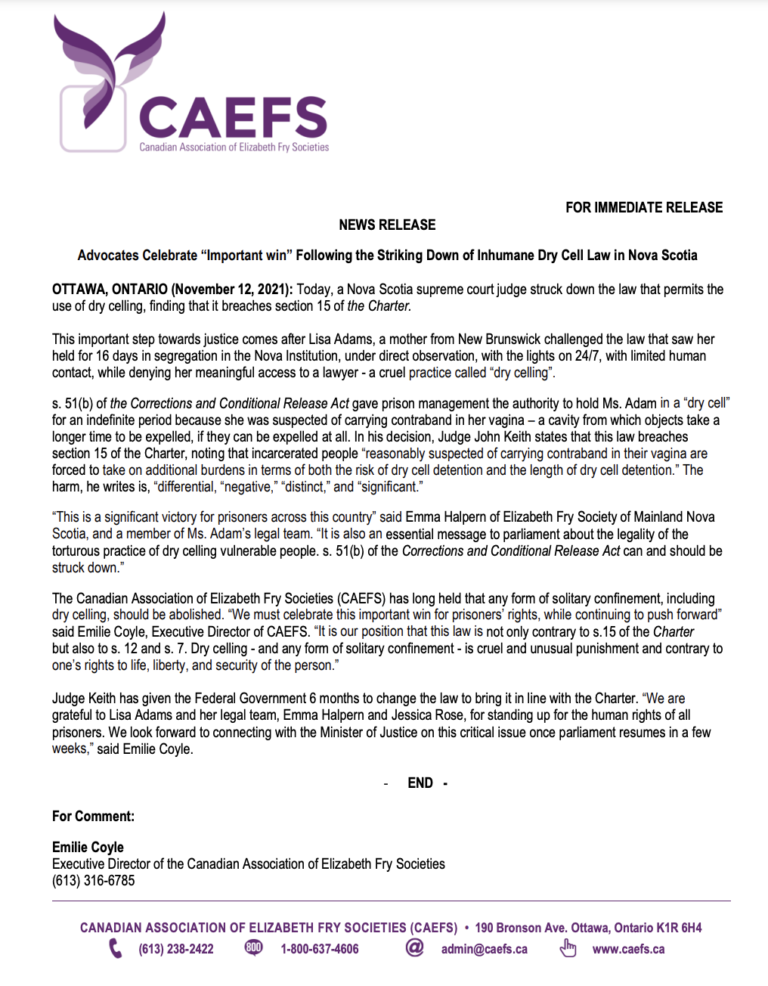 Thank you again to everyone who was able to join us for yesterday’s panel and who have continued to engage with this important issue throughout this week. Here is what we have planned for today:  Doing Life: “Life Sentences, the Law, and Ongoing Colonial Harm”  For our final live panel of the week, we invite […] 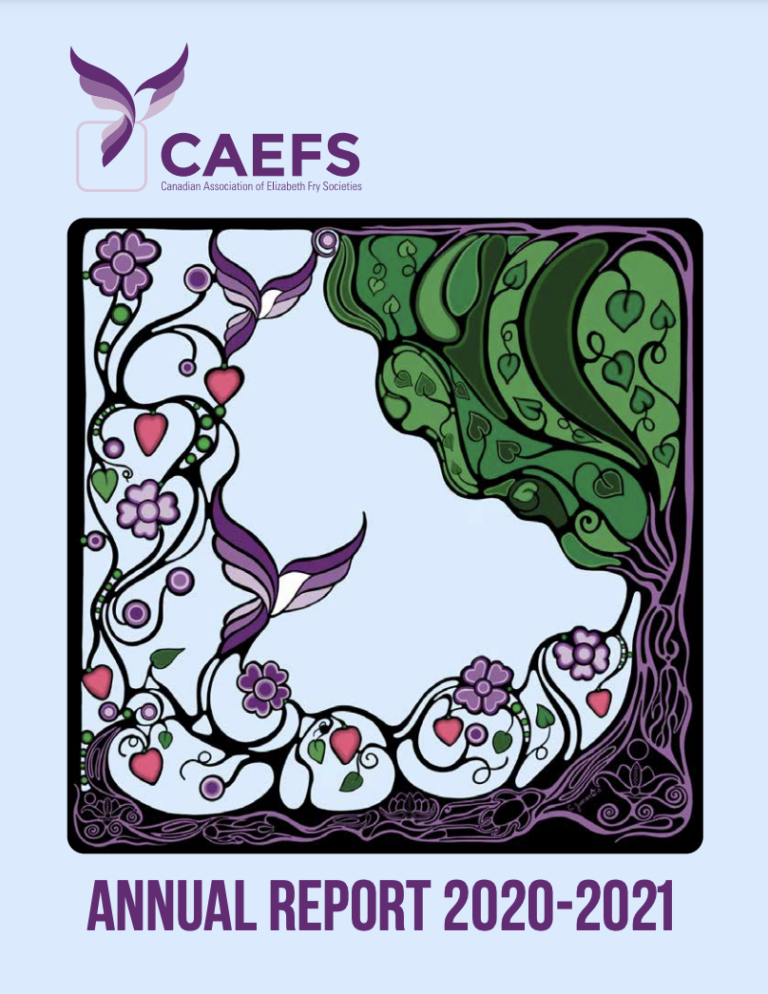 This year has been an incredible time of growth and change for CAEFS. Our team has expanded, the way we do our work has shifted dramatically, and how we think about our work continues to evolve. You can read about all of this, and more, in our 2020 / 2021 Annual Report. 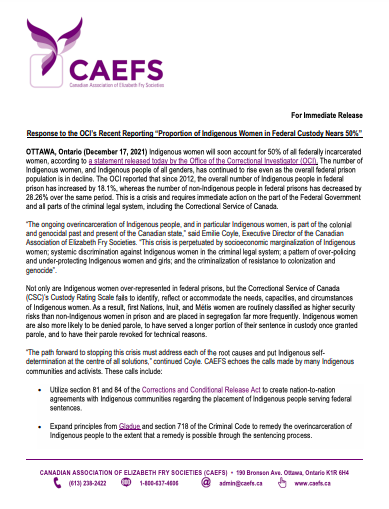 Indigenous women will soon account for 50% of all federally incarcerated women, according to a statement released today by the Office of the Correctional Investigator (OCI). The number of Indigenous women, and Indigenous people of all genders, has continued to rise even as the overall federal prison population is in decline. The OCI reported that since 2012, […]