April 2020 marked the 30-year anniversary of Creating Choices, the report that was to serve as the blueprint for “women’s corrections” in Canada. Today, the Office of the Correctional Investigator (OCI) released their annual report, which includes a review of “women’s corrections” in Canada. Creating Choices identified nine key issues, which the OCI revisits in this report in the context of today’s federal prisons designated for women. The OCI report makes clear that not only have these nine key issues not been addressed, but the conditions experienced by federally incarcerated women and gender-diverse people have gotten much worse.

The OCI’s report confirms what the Canadian Association of Elizabeth Fry Societies (CAEFS) – and anyone who has been incarcerated in a federal prison designated for women – has long known: the principles of Creating Choices were never fully implemented, at least not in practice. The philosophy of the document was undermined by a shift to punitive responses. 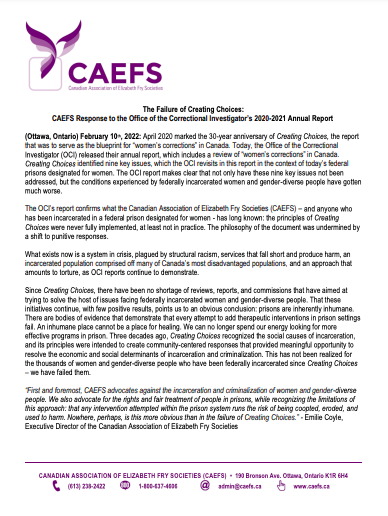 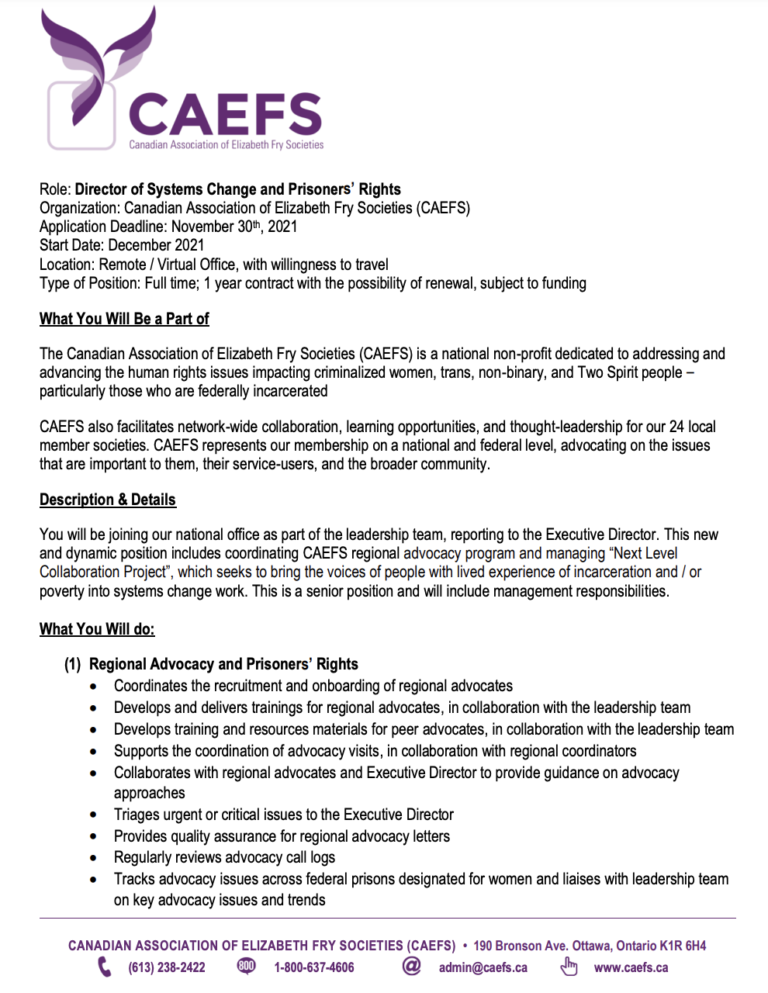 We Are Hiring: Director, Systems Change and Prisoners’ Rights

As the Director of Systems Change and Prisoners’ Rights, you will be joining our national office as part of the leadership team, reporting to the Executive Director. This new and […]